Fons Americanus is a 13-metre tall working fountain inspired by the Victoria Memorial in front of Buckingham Palace, London. Created by artist Kara Walker for the 2019 Hyundai Commission, it is one of the most ambitious installations in Tate Modern’s Turbine Hall to date.

Rather than a celebration of the British Empire, Walker’s fountain explores the interconnected histories of Africa, America and Europe. She uses water as a key theme, referring to the transatlantic slave trade and the ambitions, fates and tragedies of people from these three continents. Fantasy, fact and fiction meet at an epic scale.

I love Kara Walker. The way she makes people face ugly histories that all the while they are complicit in. Some critics say that she doesn’t do enough of the “medicine” or show a pathway to healing. I’m one of those people who think that is not her job. I love this monument much more so than a new monument work by Kehinde Wiley which tries to touch on the ugly history but render it beautiful or optimistic. Ugh. 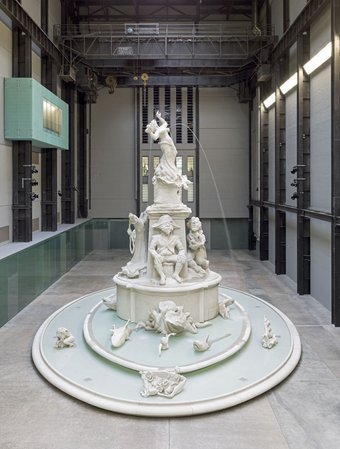 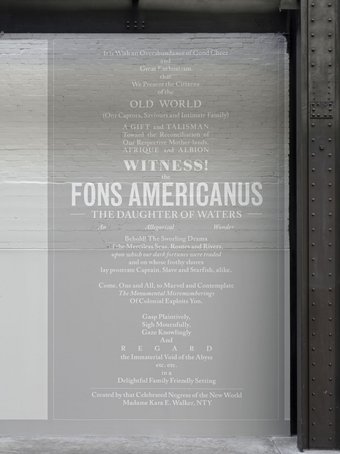